WASHINGTON/JERUSALEM: President Donald Trump on Wednesday will recognize Jerusalem as Israel’s capital+ and set in motion the relocation of the US Embassy to the ancient city, senior US officials said, a decision that upends decades of US policy and risks fueling violence in the Middle East.

Facing an outcry of opposition from Arab capitals, Trump, in a landmark speech, will announce he has ordered the State Department to begin developing a plan to move the embassy from Tel Aviv in what is expected to be a process that takes three to four years, the officials said. He will not set a timetable for the move.

Trump will sign a national security waiver that authorizes him to delay the embassy relocation for now, since the US diplomats do not yet have a building in Jerusalem to move into, security arrangements or housing for diplomats, the officials said. 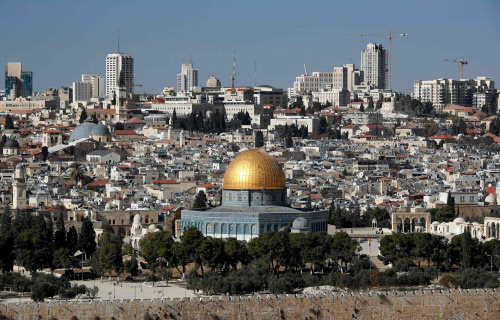 Jordan begins diplomatic offensive ahead of Trump move on Jerusalem

Still, Trump’s endorsement of Israel’s claim to all of Jerusalem as its capital would reverse long-standing US policy that the city’s status must be decided in negotiations with the Palestinians, who want East Jerusalem as the capital of their future state.

The international community does not recognize Israeli sovereignty over the entire city, home to sites holy to the Muslim, Jewish and Christian religions.

The officials, who briefed reporters ahead of Trump’s speech at 1pm EST (1800 GMT) on Wednesday, insisted that Trump’s decision, intended to fulfill a key campaign promise, was not meant to pre-judge the outcome of eventual talks on the final status of Jerusalem or other major disputes between the two sides.

Instead, one of the officials contended that Trump’s announcements reflected the “historic reality” of Jerusalem as the center of Jewish faith and the “modern reality” that it is the seat of Israeli government. 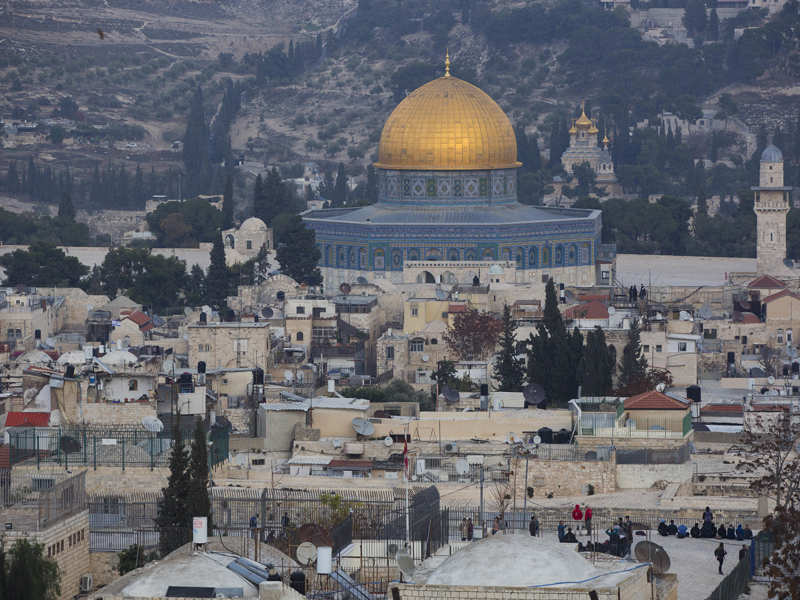 Such arguments are not likely to sway the Palestinians and the broader Arab world.

Palestinian President Mahmoud Abbas, Jordan’s King Abdullah, Egyptian President Abdel Fattah al-Sisi and Saudi Arabia’s King Salman, who all received telephone calls from Trump on Tuesday, joined a mounting chorus of voices warning that unilateral US steps on Jerusalem would derail a fledgling US-led peace effort that has stymied previous US administrations and unleash turmoil in the region.

The White House said Trump had also spoken with Israeli Prime Minister Benjamin Netanyahu, a close US ally and longtime proponent of a US embassy move to Jerusalem.

Netanyahu was the only leader whose office did not release a statement following the call. A senior Israeli minister welcomed Trump’s decision while vowing that Israel would be prepared for any outbreak of violence.

Trump appears intent on satisfying the pro-Israel, right-wing base, including evangelical Christians, that helped him win the presidency but was disappointed when he delayed the embassy move in June. No other country has its embassy in Jerusalem. Israel captured Arab East Jerusalem in the 1967 Middle East war and later annexed it, an action not recognized internationally.

But Trump’s decision could also upset the peace effort led by his son-in-law and senior adviser, Jared Kushner, in pursuit of what the US president has called the “ultimate deal.”

Still, internal deliberations over the status of Jerusalem were tense. Vice President Mike Pence and David Friedman, US ambassador to Israel, pushed hard for both recognition and embassy relocation, while Secretary of State Rex Tillerson and Defense Secretary Jim Mattis opposed the move from Tel Aviv, according to other US officials who spoke on condition of anonymity.

Word of Trump’s impending announcement about Jerusalem, one of the most sensitive issues in the Israeli-Palestinian conflict, has already raised the specter of violent protest.

The State Department has ordered restrictions on the movements of its diplomats in and around parts of Jerusalem and has warned US diplomatic installations across the Middle East of the potential for unrest.

“Departments and agencies have developed and implemented a robust security plan to ensure the safety of our citizens and assets in the greater Middle East,” one of the senior officials said.

Abbas warned Trump of the “dangerous consequences” that moving the embassy would have for peace efforts and regional stability, and also appealed to the pope and the leaders of Russia, France and Jordan to intervene, Abbas spokesman Nabil Abu Rdainah said.

But Trump assured Abbas that he remained committed to facilitating an Israeli-Palestinian peace deal, one US official said.

While Trump has yet to openly endorse a two-state solution to the conflict, administration officials told reporters he was prepared to do so if the two parties agree, a continued hedging on what has been a bedrock of US Middle East policy.

Saudi King Salman told Trump that any US announcement on the status of Jerusalem would “inflame Muslim feelings all over the world,” the Saudi Press Agency said.Israeli Intelligence Minister Israel Katz, who met last week with US officials in Washington, hailed Trump’s impending announcement as recognition of Jerusalem as “the eternal capital of the Jewish people for 3,000 years, as the capital of the state of Israel.”Asked whether Israel was preparing for a wave of violence if Trump recognizes Jerusalem as the Israeli capital, he said: “We are preparing for every option. Anything like that can always erupt. If Abu Mazen (Abbas) will lead it in that direction, then he will be making a big mistake.”

Great move…! Forget about muslim sensibilities because sensibilities are taken care off of the sensible community which muslims are definitely not. Today Islam is the only reason for violence all over the world..Harsh Aggarwal

Islamist militant groups such as al Qaeda, Hamas and Hezbollah have in the past tried to exploit Muslim sensitivities over Jerusalem to stoke anti-Israel and anti-US sentiment.
Arab criticism of Trump’s plan contrasted sharply with the praise Washington’s traditional Arab allies heaped on him at the beginning of his administration in January. They saw the Republican president as re-engaging in the region after what they perceived as former Democratic President Barack Obama’s distancing of himself from them, as well as taking a tougher stand against Iran.